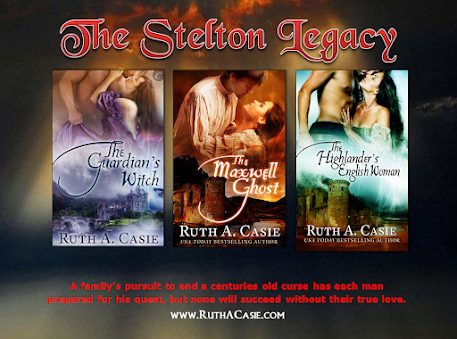 Lord Alex Stelton can't resist a challenge, especially one with a prize like this: protect a castle on the Scottish border for a year, and it's his. Desperate for land of his own, he'll do anything to win the estate—even enter a proxy marriage to Lady Lisbeth Reynolds, the rumored witch who lives there.

Feared and scorned for her second sight, Lisbeth swore she'd never marry, but she is drawn to the handsome, confident Alex. She sees great love with him but fears what he would think of her gift and her visions of a traitor in their midst.

Despite his own vow never to fall in love, Alex can't get the alluring Lisbeth out of his mind and is driven to protect her when attacks begin on the border. But as her visions of danger intensify, Lisbeth knows it is she who must protect him. Realizing they'll secure their future only by facing the threat together, she must choose between keeping her magic a secret and losing the man she loves.

The berries Lisbeth had gathered tumbled forgotten from her hands. A tremor touched her lips while the vision slammed behind her eyes. She didn’t doubt the vision’s truth. Sometimes a bright light, warm and comforting, accompanied the vision; other times the wind howled, cold and disturbing. Today, panic clearly filled the air.

She spun around trying to pinpoint a direction and abruptly stopped. Facing south, she licked her lips nervously and tasted the sweetness of fresh water. A rushing sound burst in her ears. The river. Her head snapped east toward the river path and she ran. As she careened down the narrow trail, the outstretched branches tugged at her dress, pulled off her shawl and clawed at her face and arms. She took no notice. The cadence of her footfalls beat out a mantra, not him, not him, not him. She rushed on faster, mumbling enchanted words under her breath.

She exploded out of the forest and stood on the riverbank as the bridge gave way, sending the horse and rider plunging into the angry current. Swiftly the horse surfaced and headed for shore with an empty saddle. She stood on the bank, still mumbling as she scanned the river until she glimpsed a clear red aura shining deep in its middle. Her relief was momentary when the blackness began to creep in. There wasn’t much time.

Quickly she pulled off her heavy dress and, wearing only her chemise, dove into the river. Save him was her only thought. Down she plunged kicking hard against the current. The usually clear water, now choked with mud, churned with debris. She screamed the words in her head and made her demands. In response, the current slowed and as the mud began to settle, a lifeless hand beckoned to her from below 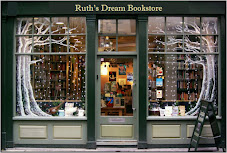